It’s a fish that makes you really excited. When this predator attacks small fish, it looks like the two crocodiles are fighting on the water surface.

There are other predator-fish in Europe, but none of these can compare to the  only cyprinid-fish-eater. Huchen, pike, wels, trout…they are too quiet, slow and unattractive attackers compares to asp.

“Crazy” asp is banging, twirling, jumping, tail-walking…and doing it very often. Sometimes, I can’t understand how other fish in the pool can live with that hooligan.

Asp don’t use shelters to attack like other European predators. He grab the prey on the open water, chasing it in small groups and using special strategy and tactics. They are very fast, sharp-eyed and intelligent , so they use only that advantages to hunt.

So, asp is not insidious killer, but open fighter.  It should be appreciated.

Good thing for us is that asp don’t look for shelter neither when is hooked!

Asp is inhabitant of lowland mid to large rivers of European continent.  Most people called him “warm water” species. This is an advantage for those who love heat. Wading in warm water, without waterproof equipment, is real pleasure. Exactly the same as wading tropical saltwater flats. Of course, it is possible only during the summer.

Fly Fishermen often make mistakes when choosing equipment for asp. The most common mistake is choosing heavy equipment. This fish doesn’t require heavy flies and it’s not a strong and explosive fighter on the hook. Sometimes it’s good to cast further, but it can be done without problem with aftma class #5- #6 for single-handed rods and #6-#7 two-handed rods. As a matter of fact, asp is very scary and ware of rough presentation and line. 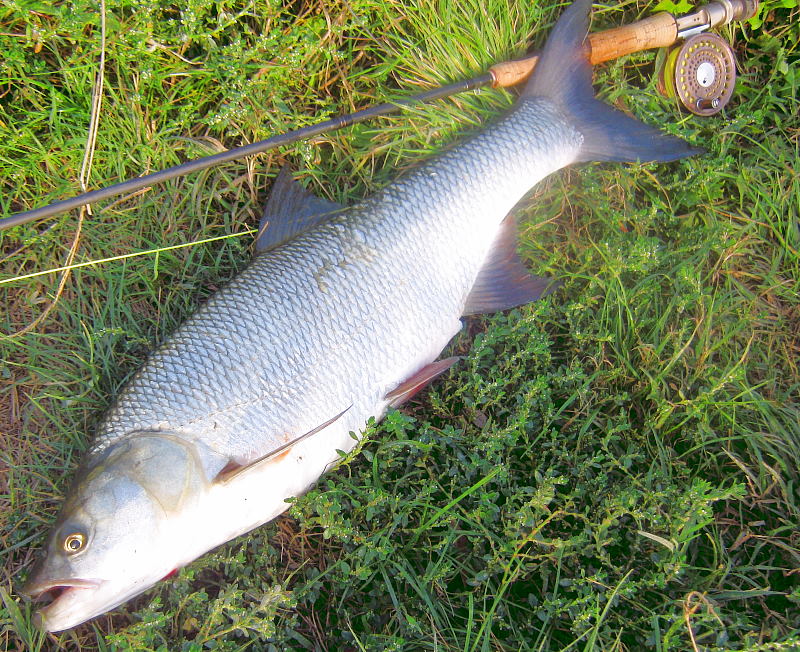 Believe it or not, my favorite fly rod for asp is 9 feet #5, the same rod I fish trout. Of course, my favorite rivers are wadeable and less then 50m wide.

Asp can be caught on all types of flies, but mostly on streamer. You can catch him on nymph, wet fly or dry fly, but if you are serious in intent to hook the big asp, streamer is the best choice.

Asp eats small white fish, so the best streamers are light colored. You can mix white with yellow, pink, chartreuse…but you won’t miss if you tie a pure white streamer.

Size of the streamer may vary. It usually depends on the water level and color. Daytime, weather conditions, water and stripping speed… are important too. Smaller streamers in # 10 – 4 are better in low, clear water, sunny weather, quiet pools… Larger streamers are good for riffles, upstream casting, fast stripping, cloudy weather…

Streamers shouldn’t be heavy. On the contrary, they should almost swim on the surface. During the summer, asp is surface hunter, and streamers should be just 10-20 cm under…